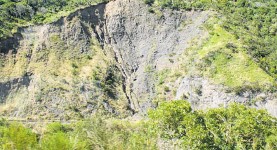 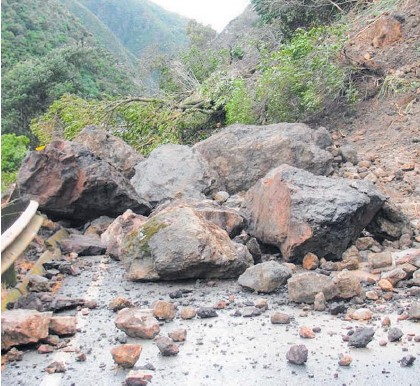 Anew geotechnical assessment of the Manawatu Gorge confirms the decision to close the road was the right one — despite walkers and cyclists continuing to use it. It will never be reopened to vehicles, but Waka Kotahi New Zealand Transport Agency has acknowledged that cyclists, horse riders and walkers are using the old route, and said while the assessment indicated a tolerable level of risk, that was on the basis of maintenance or mitigation work. Regional manager of system design Sarah Downs said they were still asking people not to proceed past the gates because that maintenance hadn't been done. She said that was a conversation Waka Kotahi would have with councils and other agencies over who would fund that work. The draft assessment by engineering company Beca has yet to be peer reviewed but Downs said all indications were that the assessment confirmed initial findings. For years, the Manawatu Gorge was the gateway between Ashhurst and Woodville, but had been plagued by slips and rockfalls, forcing a temporary closure, even up to more than a year. The decision was made in 2017 to close the Gorge permanently. Last year, Waka Kotahi commissioned an engineering geologist to assess the Te Apiti area and report back on current and future risks, including landslides and rockfalls. “Waka Kotahi acknowledges that Te Apiti is a very special area and that there is a shared vision within the community to protect, preserve and enhance the area.” Downs said that was key to a lot of the work Waka Kotahi had been doing around the Gorge. The assessment reconfirmed work done in 2017 that led to the decision to close the Gorge road. “The road was closed at that point because it was felt that the risk for people in vehicles exceeded our risk tolerability levels, which is when we did the business case to look at options for a new route and where we've got to today.” Downs said the assessment looked at the risks of landslides and rockfalls now and in the future and how those things could impact infrastructure. She said different timeframes were considered as part of the assessment, right through to 2041. Risks were considered in terms of two groups of people moving through the Gorge — those in vehicles and those walking or riding a bike. “The risk for people in vehicles is still too high to consider reopening the Gorge to traffic.” It was acknowledged that people were using the Gorge for recreation — either walking, cycling or horse riding. Downs said it was found that the risks to people doing so was lower. “There is some logic to that. People who are in vehicles, their sightlines or risks are reduced because they're travelling at a certain speed, which is generally much faster than someone walking or on a bike and so your perception of risk of rockfalls and landslides is lower, and the time to react is less too.” However, there was still considerable work to do to support safe public access, even for recreation. Waka Kotahi would be looking at a business case and applying the business case principles to work around revocation — taking parts of the road that could be used and transferred to funding partners or other road controlling authorities, such as Tararua District Council and Palmerston North City Council for parts of the road that provided access to houses. Downs said they were also going to be developing a management plan on how risks would be managed in terms of transitioning the old Gorge road and any part of the road that was stopped. “Legally if we stop a road, Waka Kotahi is obliged to hand any part of the road back to the Crown.” She said in that case, it would be Land Information New Zealand. “Part of that discussion would be around what is the appropriate access that could be provided if funding was secured.”