Member has given years of service 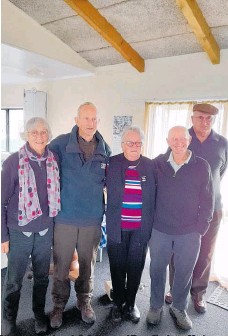 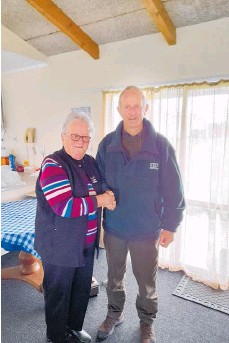 The Rangatira Croquet Club held its AGM June 11. Before the meeting a special general meeting was held to alter the constitution to allow five life members. At the end of the Annual General Meeting Marie Power was nominated as a life member which was presented by Tony Stephens. The other life members are Tony and Colleen Stephens 1996, Ralph Browne, 2009 and Joe Sowry 2015. The total number of years the life members have been involved is 297. Marie joined the club in 1962, becoming secretary 1981 to 1994, and again 2017 to 2022, a total of 18 years. She took on the position of treasurer 1982 to 1988 again 1989-90 then 2012 when she was not a member as no one else would do the job. A total of 17 years. She has managed Croquet NZ tournaments held at the club plus she has managed the SHB Tournament. She has also put many hours of work applying for grants for the club and many more doing the gardens. She has been the patroness of Rangatira since 2005. In 2003 Marie was made life member of the Manawatu Wanganui Croquet Association after being its secretary treasurer for 21 years. Rangatira has had many husbands and wives as members, children and grandchildren. Marie’s husband Ian Power is a member and greenkeeper. The Stephens family has had a long association with Rangatira. Eileen Stephens joined in 1953, Tony Stephens joined in 1955, Colleen Stephens in 1965, Marie in 1962. Marie’s husband Brian Walker’s (deceased) mother and grandmother also played. Colleen and Tony’s two daughters Sonya and Erica played and Marie’s daughter Kylie and son Terry also played. Several members of the club have represented NZ and won NZ titles. The club is a sought-after venue for NZ and INternational tournaments. Club days are Saturday and Wednesday at 1pm. Lawns are closed for two months over the winter.